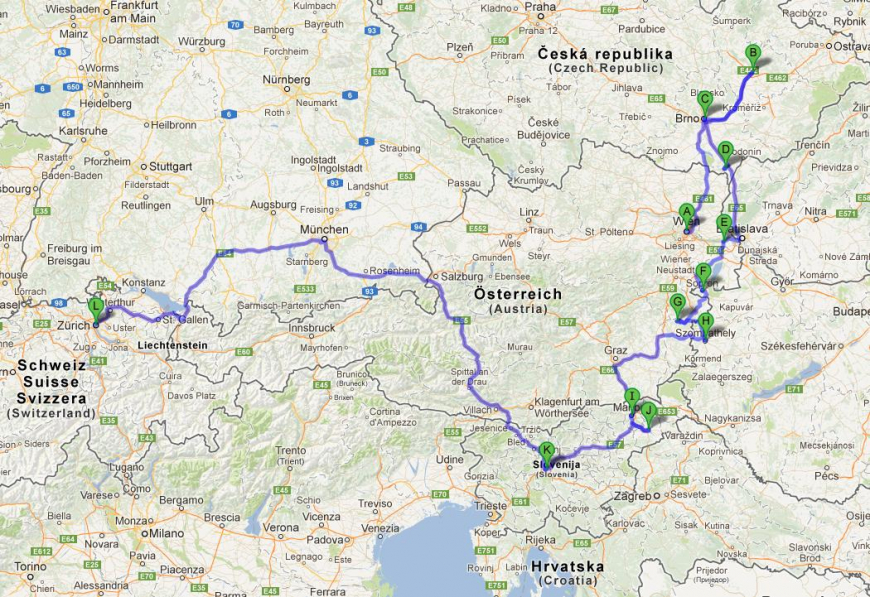 With the financial support of the Riga 2014 Foundation, within the framework of project Amber Road: Towards the Future of Latvia in the World a scientific expedition along the ancient amber road was organized.

Since ancient time amber was the reason for traveling, adventures, meeting with strangers and Exchange of information, which always leads to the augmentation of beauty and wisdom. As well as the team of Rīga 2014 for four years trying to do the same, creating adventure and educational serial "Northern side" („Ziemeļu puse”). Therefore, on October 29, the creative team of Riga 2014 and „Vides Filmu Studija” (VFS) will hit the road, in order to verify, that no it would be so that cornerstone of Baltic Region civilizations made of succinite which is scientific name of amber. The team will go through the ancient Amber route to rediscover this material, which every Latvian considers every as purest symbol of Latvianness, to learn it in different aspects - the magic, medical, economic, geological, technological, chemical, gastronomic, linguistic and symbolic.
This will be the first expedition along the new Amber Route in the European Capital of Culture year project. The members of the eight-day expedition made their way from Prague to Zurich, a total of more than 1 700 kilometers, crossing seven countries: the Czech Republic, Slovakia, Austria, Hungary, Slovenia, Liechtenstein and Switzerland. 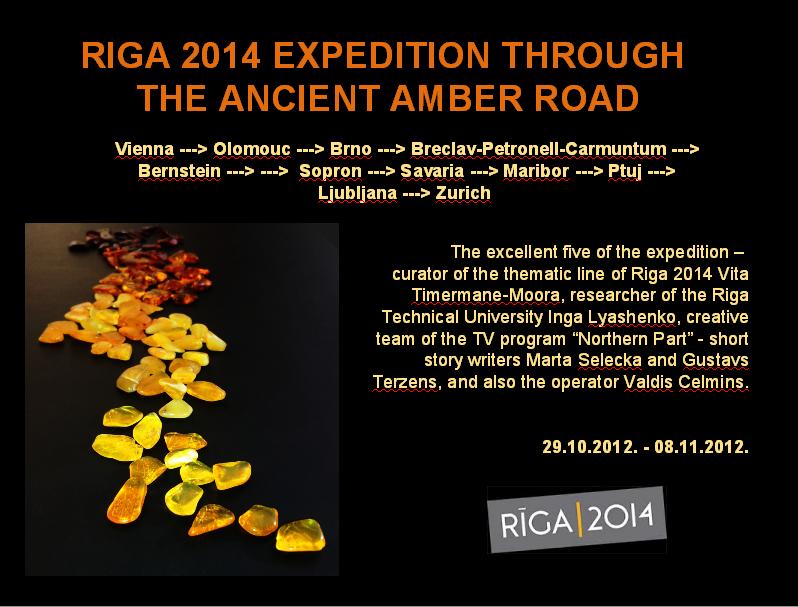 The expedition team will explore the presence of Baltic amber and its influence in these countries and will establish contacts for new cooperation projects. Expedition members will achieve it by meeting renowned scientists, knowledgeable museum curators, amber research enthusiasts and, simply very interesting people.
The members of the expedition will be Vita Timermane-Moora, curator of the Rīga 2014 Amber Vein chapter, Rīga Technical University researcher Inga Ļašenko and the creative team from TV programme „Nordic Style” („Ziemeļu puse”) – presenters Marta Selecka and Gustavs Terzens, as well as cameraman Valdis Celmiņš. In the content of the project the main focus will be on the searching of actual proof of the new Amber Route, confirmation historical hypotheses and outlining perspectives for restoring of cultural and economic cooperation of the north-south axis. The main idea of the project is to examine long-time entrenched stereotypes about amber as archaic cultural and historical relics and the creation of a completely new image of identity of amber and Latvia.
As far as ancient European trade routes go, researchers and historians cite the Amber Route as being in the ‘top division’. Many historic manuscripts on eras as far back as the Stone and Bronze ages attest to amber being the most valuable currency of its time, but texts about the Roman Empire are a particularly rich source of ancient testimony to the significance of the Amber Route. Chemical analysis of amber can pinpoint the site of its origin and it is now understood that Baltic amber was found both in Tutankhamun’s tomb and the Seal of Solomon.
A number of expeditions are planned to explore the ancient Amber Route and they will be compiled in a TV series to be broadcast in the spring of 2014. The report of this expedition will be published on www.jlutechnologies.lv. 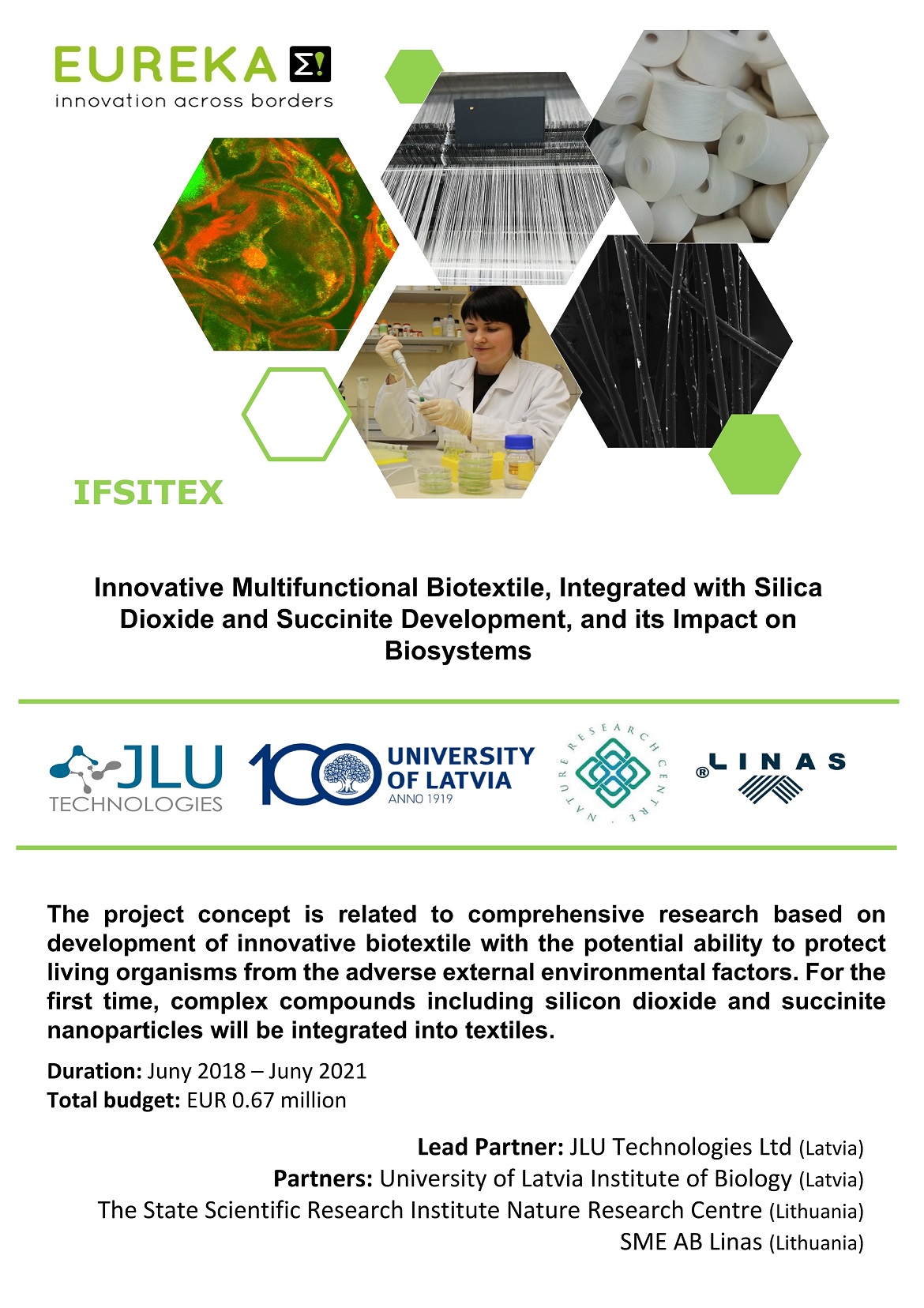 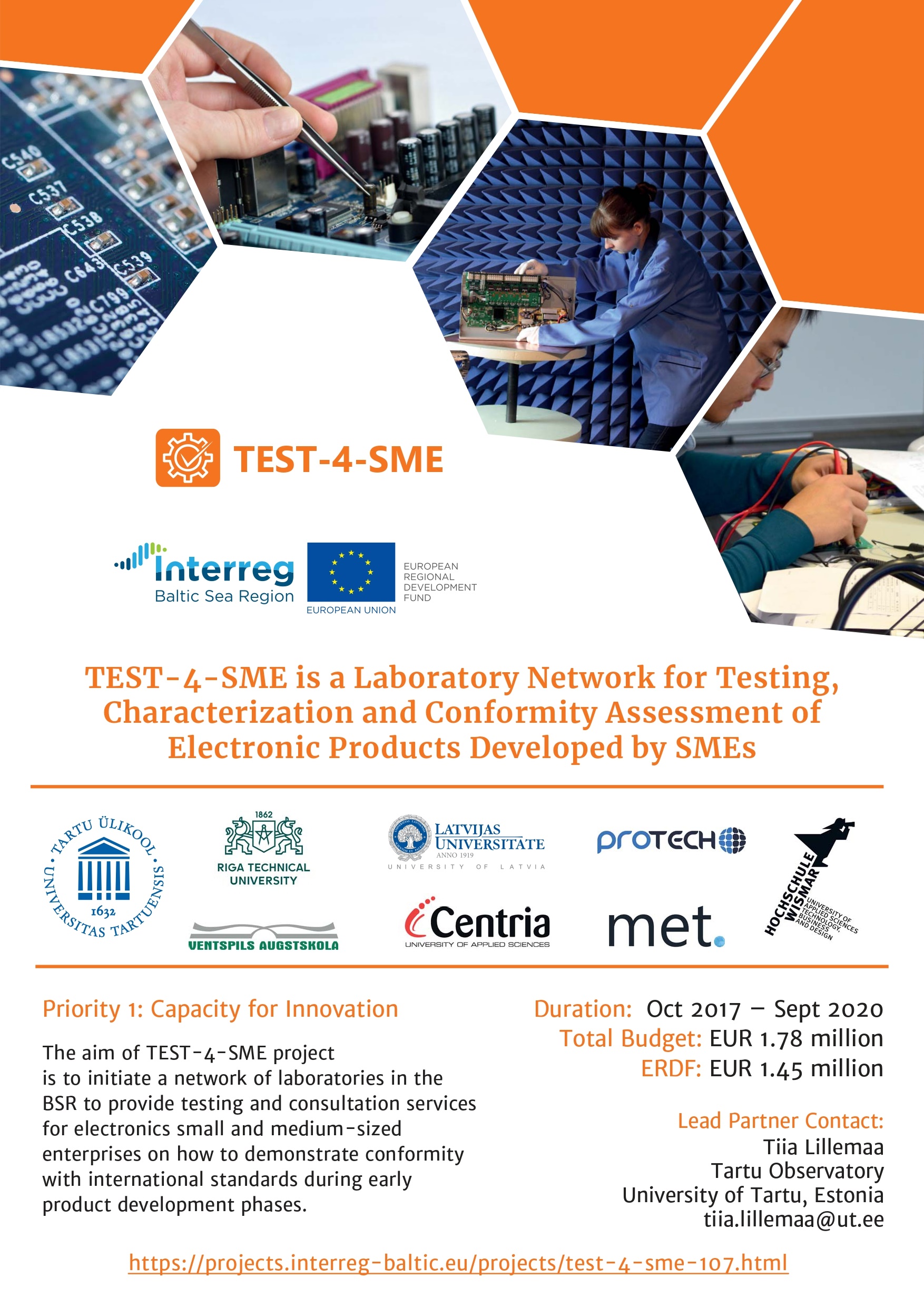 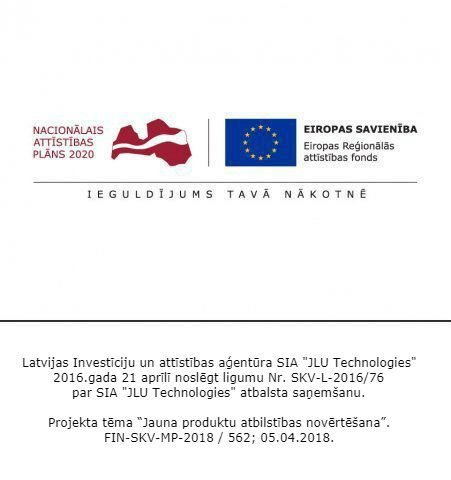 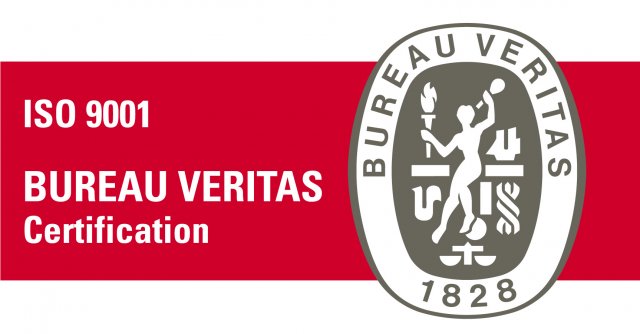